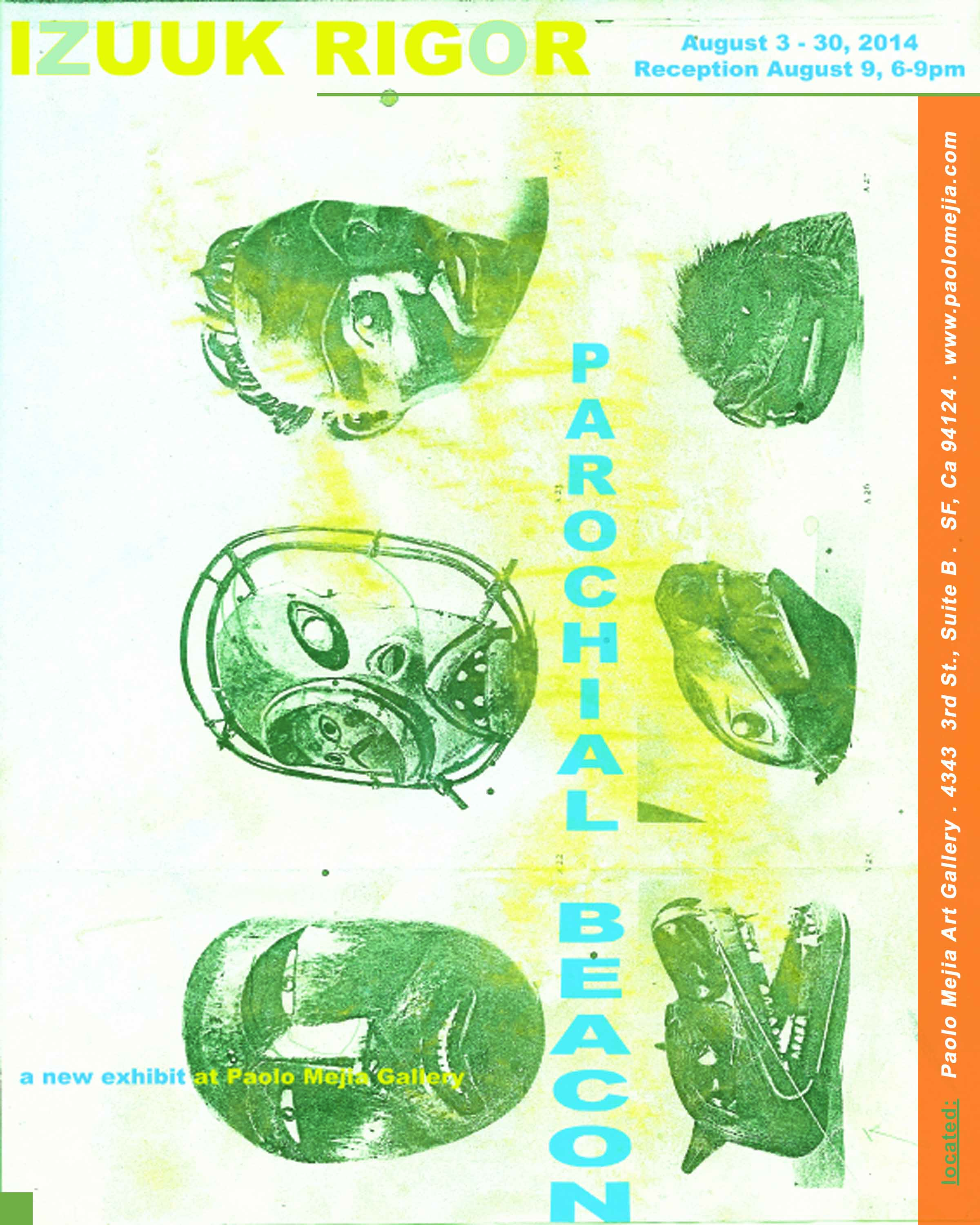 Izuuk Rigor is a collaborative outfit and is the product of the institutionalized art system; the Manchurian Candidate of art school; the Frankenstein of the commercial art world. In “Parochial Beacon”, Izuuk Rigor will be exhibiting in the periphery neighborhood of the Bay View District in San Francisco. Location is context as it is ironic. It is a statement (fashionable, of course) to simultaneously be an insider and outsider, avant-garde in its deadliest cliche. For its first exhibition, Izuuk Rigor will create a location-specific monotype and sculptural installation using the beacon as a metaphor of the cultural deadening in the San Francisco Bay Area.

Here are pictures from Mel Vera Cruz’s powerful art show that is currently being shown at the Alameda Free Library. 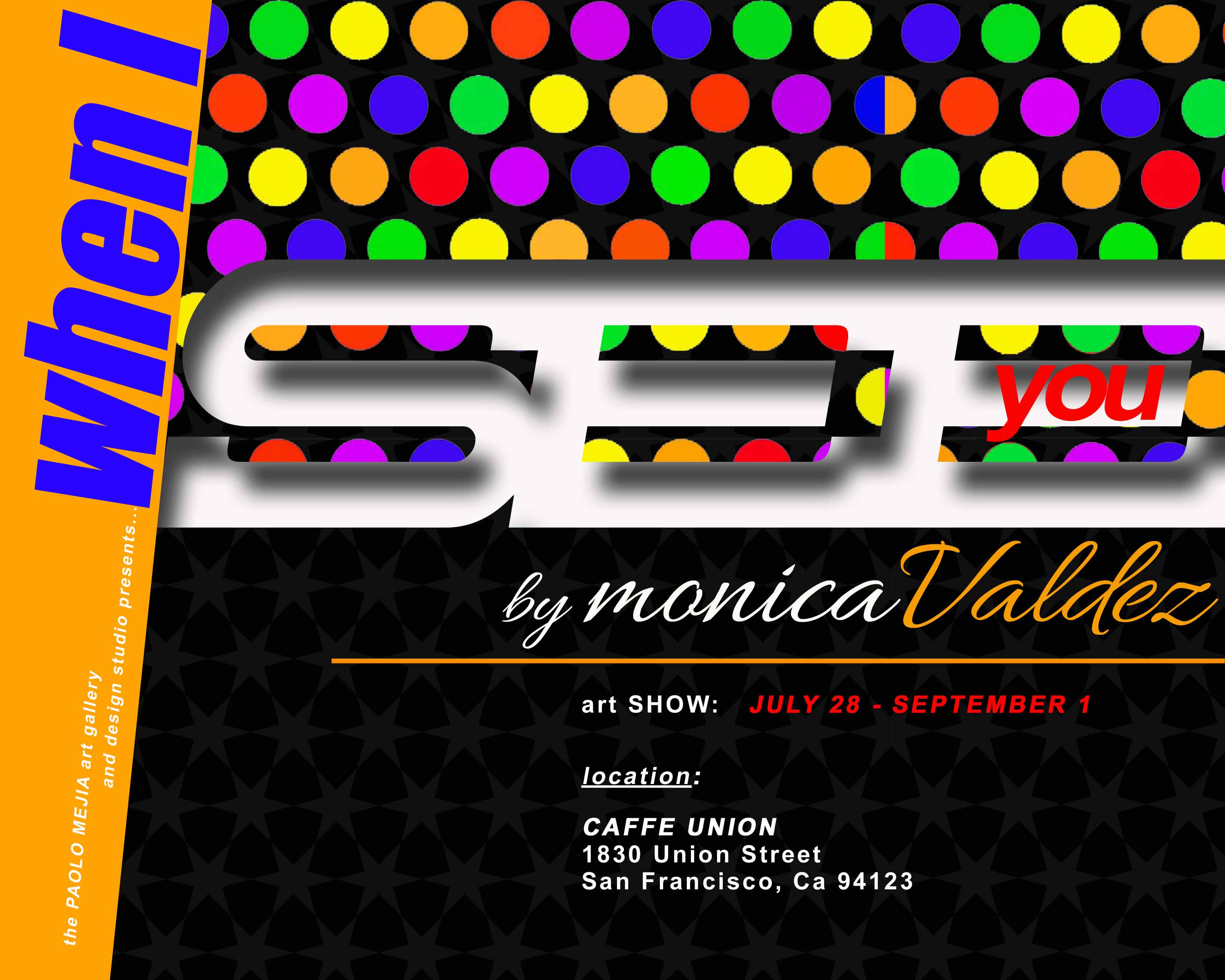 The Paolo Mejia Art Gallery and Design Studio invites everyone to see and attend Monica Valdez‘s art show entitled “When I See You” that will be exhibited at our annex facility in uptown San Francisco this August. She will be showing her current colorful illustration prints. Come pass by and see her show. 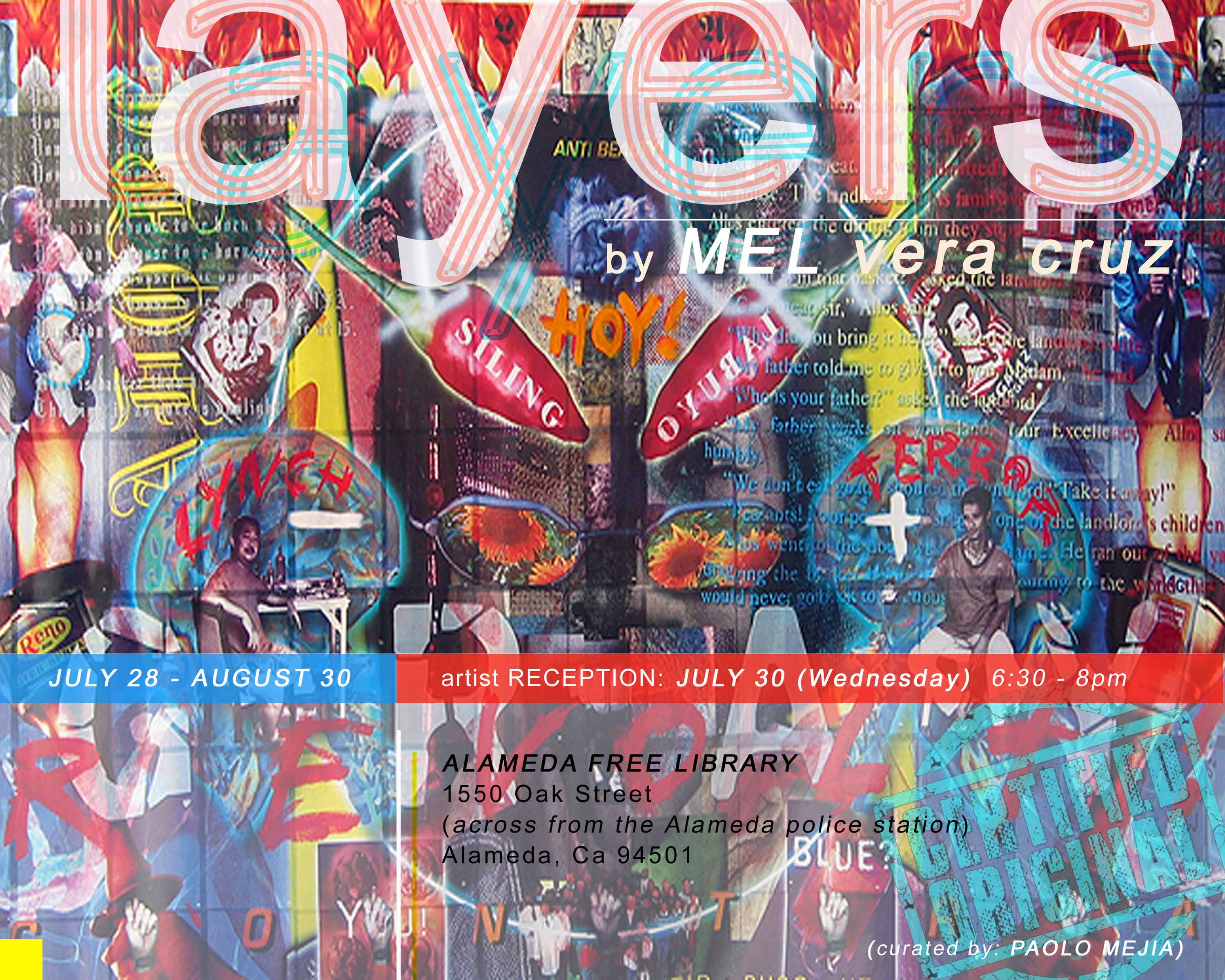 The Paolo Mejia Art Gallery and Design Studio invites everyone to attend Mel Vera Cruz’s art show that will be shown at a facility in Alameda. The paintings shown in this exhibit are manifestations of different layers of Mel Vera Cruz‘s experiences. Some of these paintings were painted 12 years ago and left lying in his studio, while over time is superimposed, overlayed and painted on two or more times. Each of these tiers or layers represent his growth and evolution – the ‘layers’ of his past and present.

Mel Vera Cruz immigrated from the Philippines when he was 31, where he left his profession for 9 years in an advertising agency as an illustrator and as an art director. His experiences from childhood to adulthood and from Philippines to the United States were filled with a lot of challenges, which fueled his need to look for that refuge. Art and art making became Mel’s refuge.The materials Mel utilizes reflect his independence. They are mostly bought from hardware stores as a form of protest and to challenge the pejorative. Mel uses card-boards, empty containers, found objects and whatever is available. He believes in self-sufficiency in experimenting and discovering avenues, and does not depend on ‘institutions’ to validate his art making. His independence is what makes his work brilliant.

Mel Vera Cruz currently lives in the East Bay and work as a professional graphic designer and tattoo artist. He has been showing his artwork in Manila, Philippines and around California. 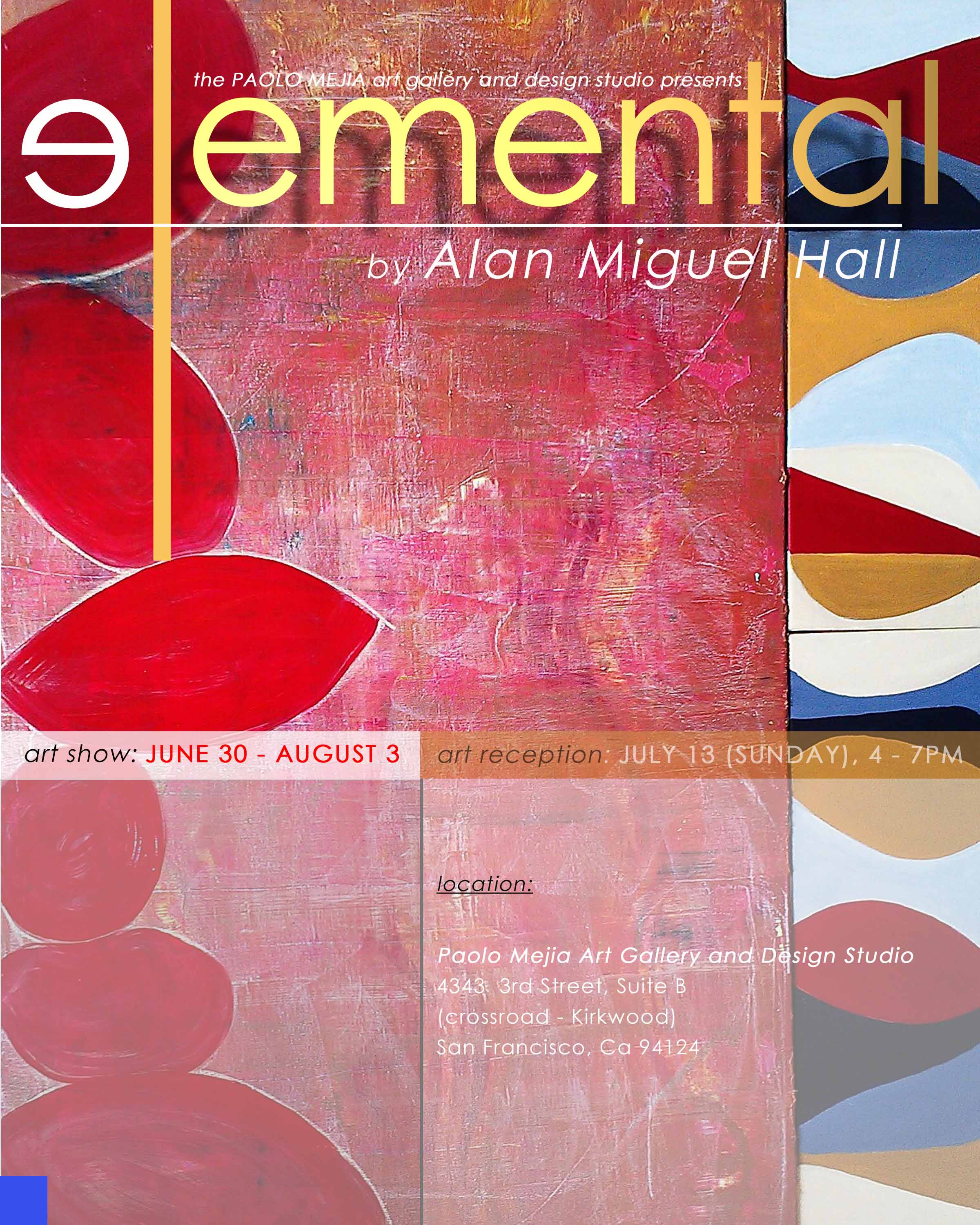 The Paolo Mejia Art Gallery and Design Studio cordially invites everyone to revisit the past by seeing an art show that will exhibit the simplicity of elemental shapes and forms made by Alan Miguel Hall entitled “Elemental” this July at our main gallery on 3rd Street. His work will express the beauty and structure of color and form. Come pass by and see Alan Miguel Hall’s art show this July at our main gallery.

Here are pictures from the current show at our annex facility in uptown SF.

Here are pictures from the current show at our main gallery on 3rd Street, SF.