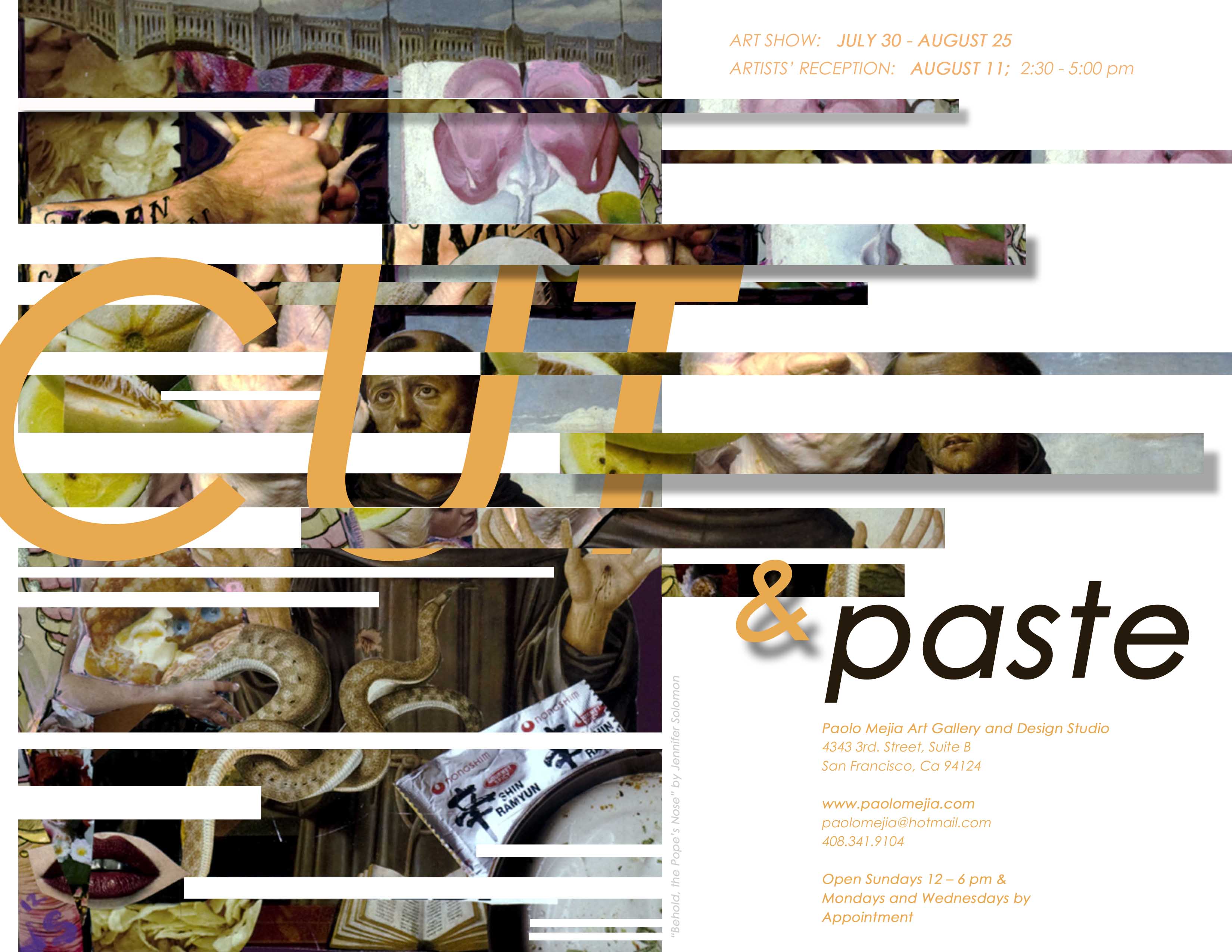 The Paolo Mejia Art gallery and Design Studio is cordially inviting everyone to attend our August art show. The art show entitled “CUT and paste” will show the creativeness of seven Bay Area artists. Their collage work will have traditional and contemporaneous feel and way of art making, from paper to digital collaging. Come pass by the gallery, see original artwork and purchase a piece to put in your collection.

The Paolo Mejia Art Gallery and Design Studio is proud to feature and endorse our in-house featured artist, Chico Coelho. Chico Coelho will be showing his experimental artwork using an intense dripping effect. The process Chico uses involves color theory and how color visually can create a sense of meditative and transient feel. Come pass by Caffe Union, see his spectacular art show this August and purchase an art piece to put in your collection.

Here are some pictures from the artists reception that took place recently. The event was fantastic and jovial, with lively music and wonderful artwork. Thank you to everyone who participated. Special thanks to Anna, Electronic Minds, Collin, Mel V. and … Continue reading →

Recently I met a good artists and a nice man name “Arch”. He passed by the gallery with his golden retriever to see a friend artist who he just missed. So, he introduced himself to me and we had a good chat. He told me that he was an artist who was living in his van for many years and that he did digitized painting. This surprised me a bit, but I was suddenly fascinated with what he had to say next. He then told me the process of what he does and other stories that was so interesting. At first, I could not believe he was able to survive as an artist, but after hearing some great stories I started believing. Below is one of those stories I learned about him. (Also can be seen at www.barchaprocess.com/)

South Park, SOMA – my Communal Place. Been coming here for the last couple of years right about early evenings, but for some magical reasons, including the uncomfortably hot weather, not able to focus on the task ahead  while sitting on my folding metal chair on the sidewalk next to my Van, and with the presence of an “ah” on sight – who I don’t see eye to eye,  I decided it’s best to take a walk to the Park. Did a quick detour to the convenience store for my 32oz. Miller, then proceed to the Park.
While contemplating sitting on this bench, a total stranger stop by, offered me smokes, we chatted for 15min. then took me to his bank and handed me $800.00 in cash. The excitement escalated the next day. While having the killer “Little Skillet’s” Chicken, Cat insisted on being my Investor (See Update). My story about my buddy Walt – Central America’s Santa Claus apparently inspired “Cat” (InspiredBySanta). As I said in the past, how can one go wrong in life when you have Santa as an advisor and #1 Art Supporter. I actually now seriously thinking in taking a full time job as a Park Bench Sitter (ha-ha).
Update: Nov. 1st, 2010 Cat made it official to fill the Investor position. He hand delivered the 1st monthly installment of $2,000.00 in cash. I am somewhat getting used to handling reasonably substantial amount in cash, don’t really mind the slight inconvenience of walking half a block to deposit the cash to my bank.
for full account of this phenomenal story click this>> story-of-an-artist

The Artist’s childhood environment offered minimal recognition and encouragement of his creative ability. Graduated from College with a Degree in Civil Engineering. Career development proved to lack self-fulfillment. Impressive financial rewards was thought to provide happiness therefore shifted in real estate which was even less meaningful.
The need for survival, unwillingness to turn back into traditional work environment was enough motivation to take on new challenges.
Political activism presented itself. Despite being totally apolitical, the fascination to be part of the solution to social and environmental issues, was an instant gratification.
The direct interface with a wide range of intellects, led to the discovery of the creative ability. From an assignment in Minnesota and Wisconsin in weeks following Earth Day ’96, the Artist’s oeuvre of large original oil paintings quickly cover every inch of the Seattle apartment.
Experiment in fusing modern technology and traditional painting technique of creating art, provided confirmation that surrealism was the primary fascination. It also offered various ideas on where to direct the creative energies and the very promising future of the Barcha Process. On the forefront of the ideas is to ensure easy accessibility of this Artist’s works, hence the idea of installation on traditional Art Gallery for handsome financial rewards and playing the capitalist game at the expense of art enthusiasts and the future of the process was of no appeal.
Strictly self-taught and having no interest in traditional art lessons, vigorous study of works of modern masters such as Van Gogh, Monet, Picasso, Dali, Kokoschka, Chagall, and others provided technique development coherent with the desired surreal style.
The ultimate goal is to make a significant statement to humanity through resources and recognition of the process and creations, giving special emphasis on clean air, clean water, and welfare of underprivileged children.
The “barcha Process” 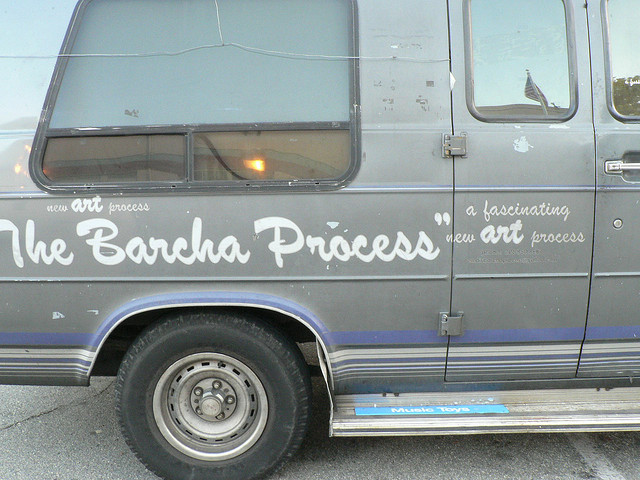 This process was created and developed solely by the artist to simplify the earliest development of his visual art pieces. There are several ways to initiate the process. The following levels are how this artist created most of his early pieces.
Level –1
An idea is drawn on paper then replicated on the computer, recreating the exact idea, using the electronic media. The image is further conceptualized, visualizing the form and taking the perspective values into account. At this point, the completed work may now be shared with enthusiasts.
Level -2
Numerous methodology can follow. Depending on one’s ability to navigate the software utilized, the intended initial message of the artwork can take numerous forms.
This artist is proficient with the program CorelPaint, which has a striking similarity to Photoshop. Both are excellent paint programs.
The completed Level –1 art form is then digitized. The digitizing process needed to be repeated numerous times.
For detail demanding images, such as City Scapes and Historic Land Marks, it is best to include photography into the mix (no-it is not a simple task of painting over a photograph). This part of the process requires the most dedication. Creativity and digitization of the completed art form elevates its values and enhances its compelling nature far beyond imagination. It requires the highest proficiency and navigational skills within the selected program.
Endless hours of computer work seem to be a requirement in order to portray a striking digital creativity. Most of this artist’s artwork takes about 100 hours, requiring countless layers and filters and manual applications combined in a cacophony of color configurations.
It is often necessary to revisit this level to ensure that distinct individuality between original pieces.
The last 10 years of developing the process convinced this artist that the traditional way of creating art will become a thing of the past.
DIGITAL INNOVATION & NANO TECHNOLOGY
An integral part of the “barchaProcess”
A very powerful hi-tech set of tools added onto traditional brushes, palette knives etc. for the creation of barchaProcess Originals.
(Below are some samples of his work.)

IN MEMORIES OF “ARCH” A GOOD MAN AND AN UNSUNG ARTIST 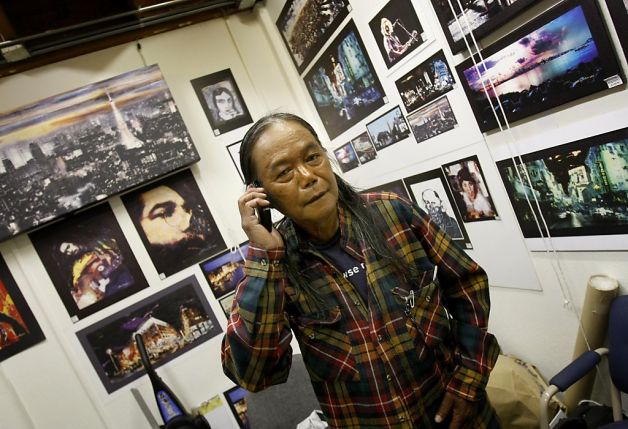 The Paolo Mejia Art Gallery and Design Studio is proud to endorse Bill Jackson, one of our in-house featured artists. He will be showing and be featuring at few places:
Come pass by and see Bill Jackson’s shows this coming August, September and October. Support our local artists.

WHEN: September and October

(Below is an image of a piece that was selected in the Pacific Art League’s juried show this August by Bill Jackson.) 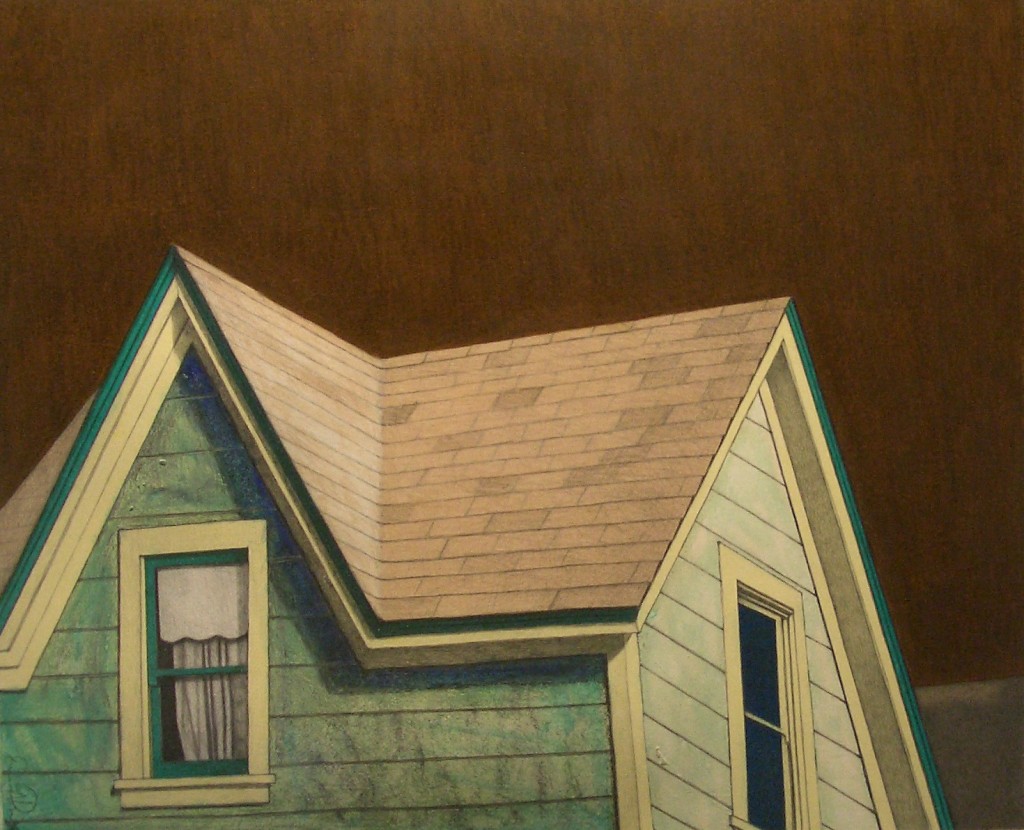 Randolph Street
Oil pastel, color pencil, and graphite on paper
14″ x 17″
David Mason is a mix media artist that works with oil, color pencils and graphite. Originally a photographer, David was enthusiastic about taking pictures, and had the privilege to work at Ansel Adam’s Studio one summer. Now, David has been experimenting with mixed media and loving it. As a result, this particular piece developed from his intrepid experimentation of combining other medium. The illustration has controlled usage of line, a lose feel of color and a good sense of composition. Visually simple and clean. All-in-all, an interesting combination of handling of material and visual language. 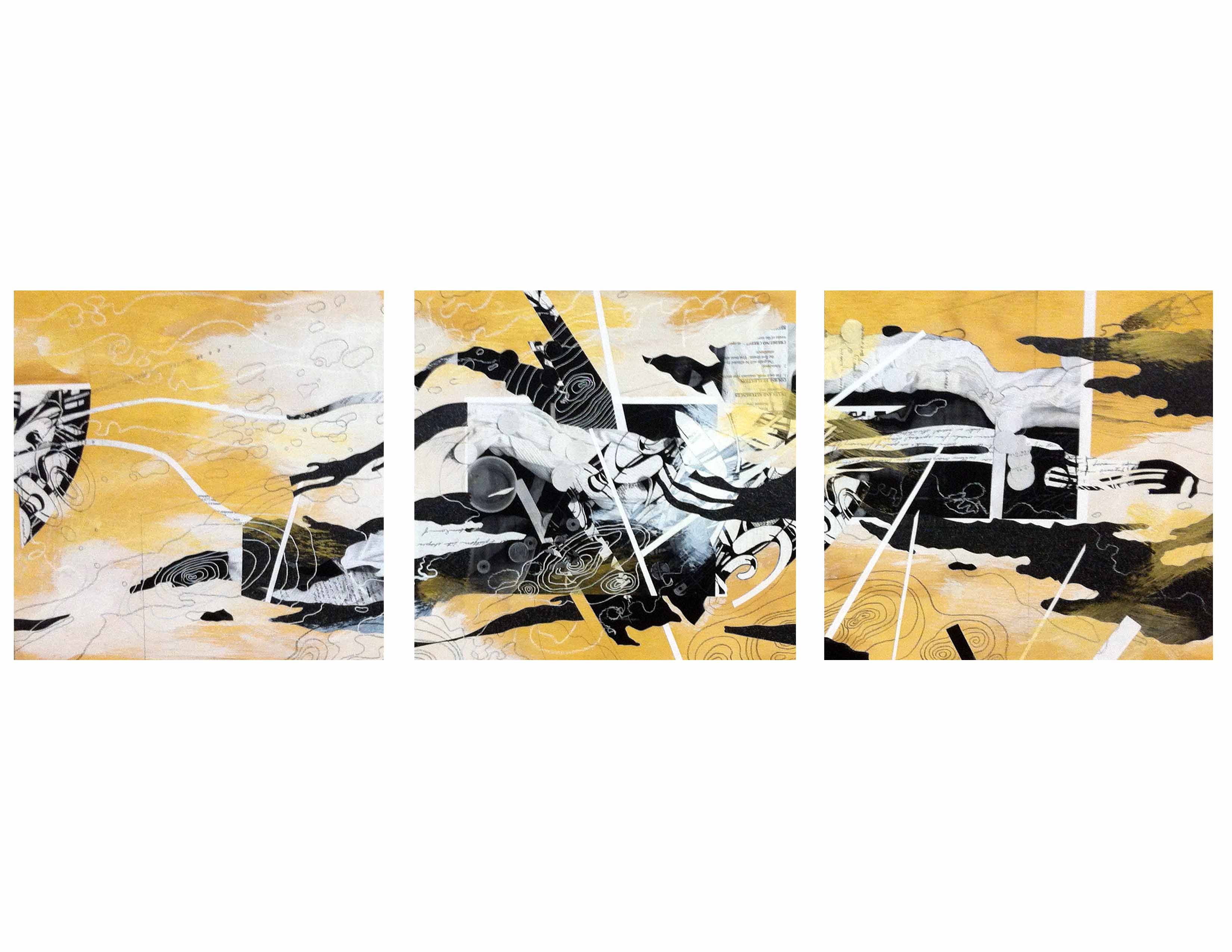 The Paolo Mejia Art Gallery and Design Studio will be offering a “Collage Making” art class/workshop this August. The class/workshop will offer guidance in how to make collage work traditionally and contemporaneously. The gallery will be offering an open curriculum to all levels of art makers or hobbyists. The class is open to advanced level collage makers/hobbyists who needs a little more challenge, a communal group or a facility to make their artwork at. The class/workshop’s goal is to offer interest visually and discoveries by experimentation of materials to make artwork. By the end of the sessions, individuals will have a feel of collage making and different ways of approaching this fascinating process of art making. Consider collage making a repertoire in your visual fine art making. It will help you diversify and enhance your visualization process and portfolio.